West – along the coast

Following is a short series of seascape images taken on a recent trip along the Victorian/South Australian coastline.
Below – The Great Ocean Road – just south of Lorne, Victoria, Australia.
Notice the skid marks on the road at the bend, …this road is a popular tourist route attracting visitors from all over the world.
Some of these visitors unfortunately forget that we drive on the left side of the road in Australia. This causes all sorts of drama.

Below – Along the Edge – A view of the incoming storm from the lookout at Glenaire, Victoria, Australia.

Below – Bay of Martyrs – A long exposure image from down on the beach at the Bay of Martyrs, on the Great Ocean Road, Victoria, Australia. I was attracted by the unusual shapes that the ocean had managed to create with the foreground rocks here. 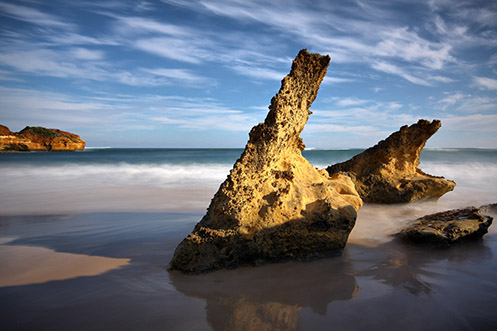 Below – Storm at Port Campbell Pier – a long exposure image made during a stormy morning at Port Campbell pier. This pier really has quite a hard life being continually hammered by waves from the open ocean. 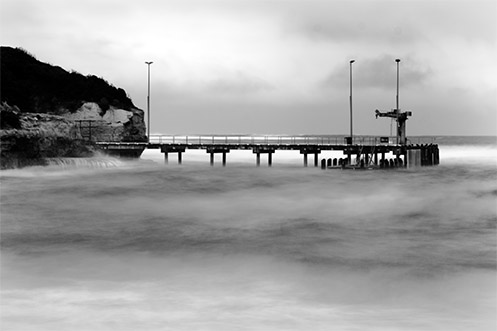 Below – Johanna’s Morn – The morning sun starts to warm the sands of Johanna beach, Victoria, Australia.

Below – Her Deceptive Charm – A long exposure image from Cape Northumberland in South Australia.
The waves were really ripping into the rocks here, …….although the image looks deceptively calm due to the long exposure time. 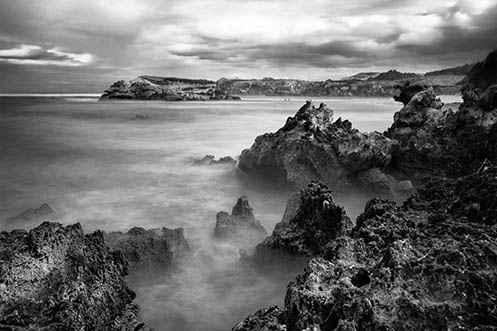 Below – At Ocean’s Edge – On the beach at Cape Northumberland, South Australia.