The return to Blairgowrie beach was everything I could hope for. I timed the visit to coincide with the low tide late in the afternoon, and as a bonus a thunderstorm happened to roll in off the ocean with a vengeance.

As I stood exposed on the beach to take this photo I was reminded of what a precarious situation this was. There were occasional bursts of lightning coming from the low dark clouds striking the water. Unfortunately I wasn’t able to capture a lightning strike with the camera but the view of the clouds was magnificent.

As the main part of the storm passed over head the rain poured down heavily and I managed to shelter my camera gear and most of my body by huddling against a large rock. As the rain began to ease gaps appeared in the clouds allowing scattered sunlight through creating wonderful light shows including halos and misty streaks. 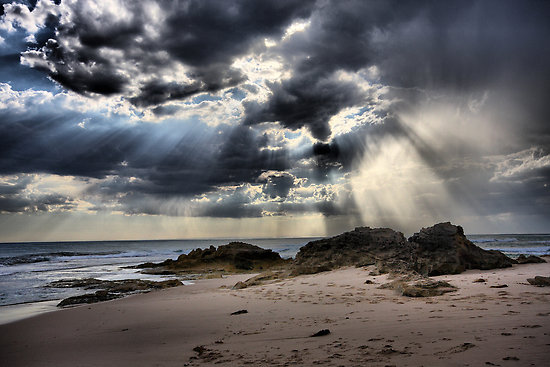 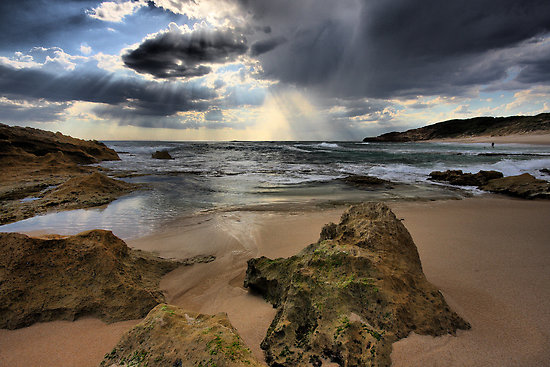 As always, these photos are available to purchase as prints at –