A Black and White Journey to Grantville Beach

The following two images were taken at Grantville which is located on the eastern side of Westernport Bay, Victoria, Australia.
Low tide at the Grantville beach exposes a huge expanse of fine silty mud dotted with clusters of mangrove trees. On the day I was there the sky was filled with bright swirling clouds so I incorporated them into the photos as an added point of interest. Originally I envisioned capturing the scenes with a featureless blue sky but nature has a way of changing plans. 🙂

I’m been told by several people that the first photo below contains a face in the clouds, and ever since it’s been pointed out to me I see it every time I view the image.
There’s a word for this, ….and the word is pareidolia.

The Life of Brine 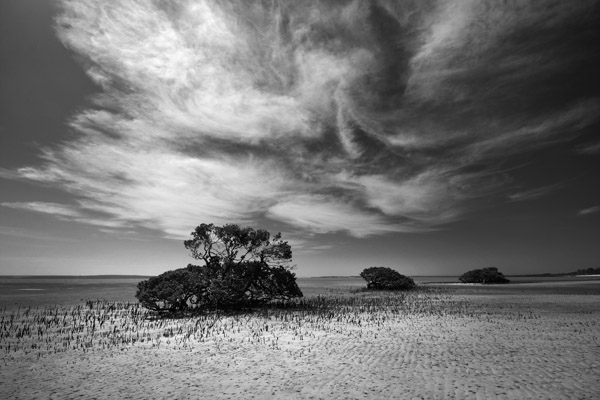