Aqua Dynamics – the beauty of force

This black and white image demonstrates the explosion of forces as a Bass Strait wave strikes bedrock along the Victorian coastline.
I was using a 10-20mm lens here so the saying “objects are closer than they appear” applies here.

This image is available to purchase as a print here.

A few minutes later I was hit by this sweet thing pictured below. You’ll need to excuse the motion blur as I panicked and tried to move the camera out of harms way as the wave hit us. 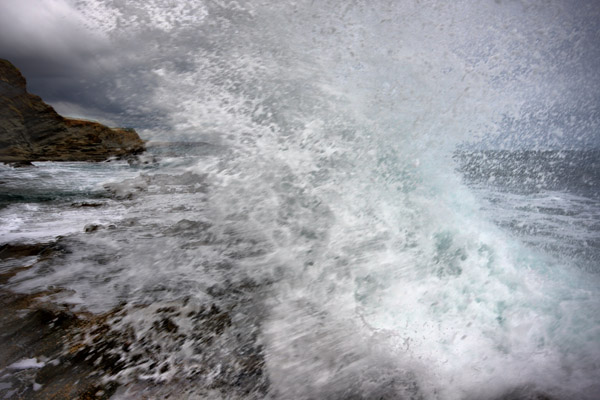 We, (the camera and I), were both soaked by this Bass Strait “back hander”. At this stage, a couple of days later, both the camera (Canon 40D) and the lens (Sigma 10-20mm) are still working. I must be blessed by the camera gods because this isn’t the first time we’ve had a salt water soaking.

This entry was posted on December 20, 2008 by Jim Worrall. It was filed under Australia, Australian, beach, black and white, monochrome, motion blur, photographer, photography, rock pools, seascape and was tagged with Bass Strait, photography, slap down.